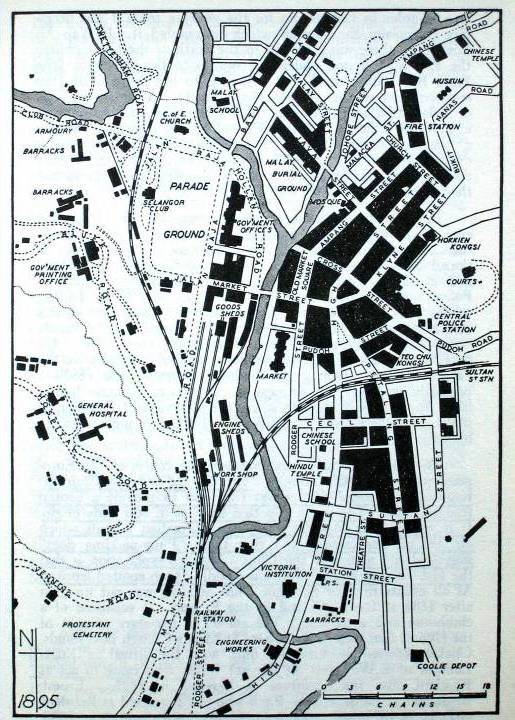 This is Kuala Lumpur (KL) towards the end of the 19th Century when it was just a small town with not that many blocks of shop houses. 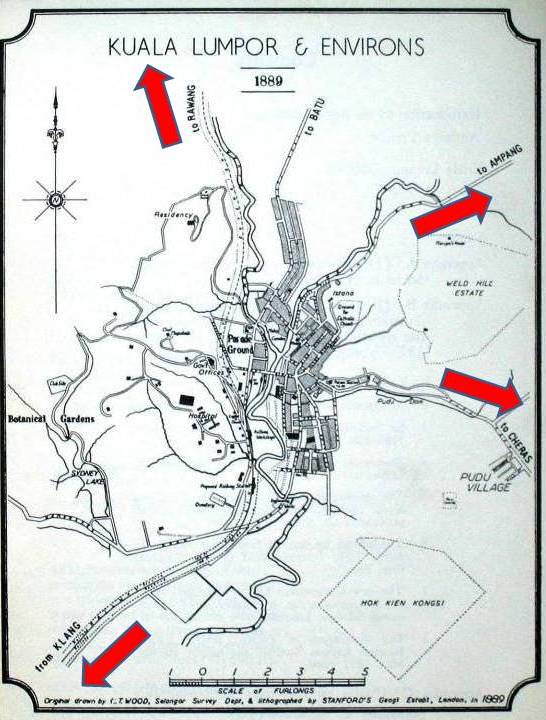 The main roads led north to Rawang, South-West to Klang, to South-East to Cheras, and West to Ampang.

According to Mr. Ho Chin Soon, "Pudu Village" was so far out of town that civil-servants going there could claim outstation allowance! Of course, Pudu is now considered as part of the inner-city. 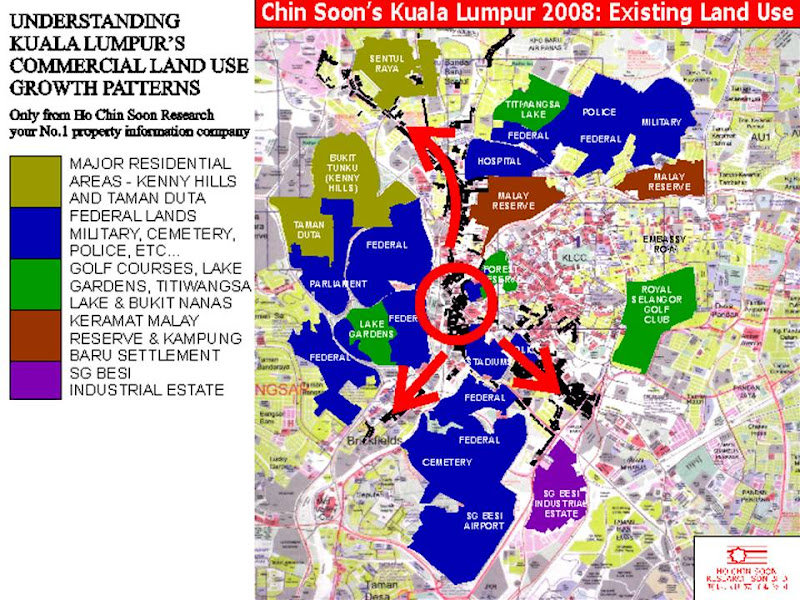 The city's commercial activities expanded mainly along the trunk roads towards the North, South_West and South East. The corridor West towards Ampang grew mainly as a residential area. 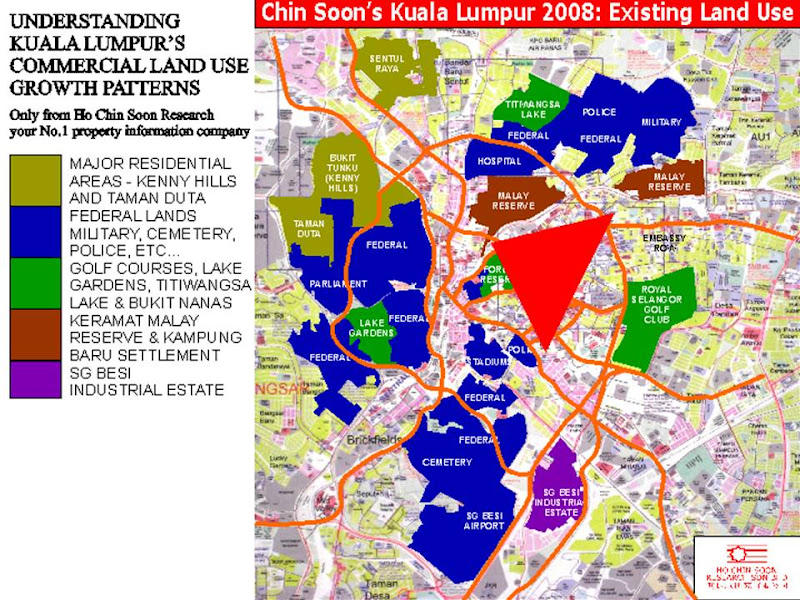 That is until the 70's (when I was still in school), when private developers turned it into a high-rise commercial district - aptly called the "Golden Triangle". It's pretty built-up now.

As for the future, Ho mapped out the impediments to growth - the swathes of entrenched residential areas, Government owned land and reserves for cemeteries, parks, etc. And the areas left over are the likeliest places for the Golden Triangle to spill over to. 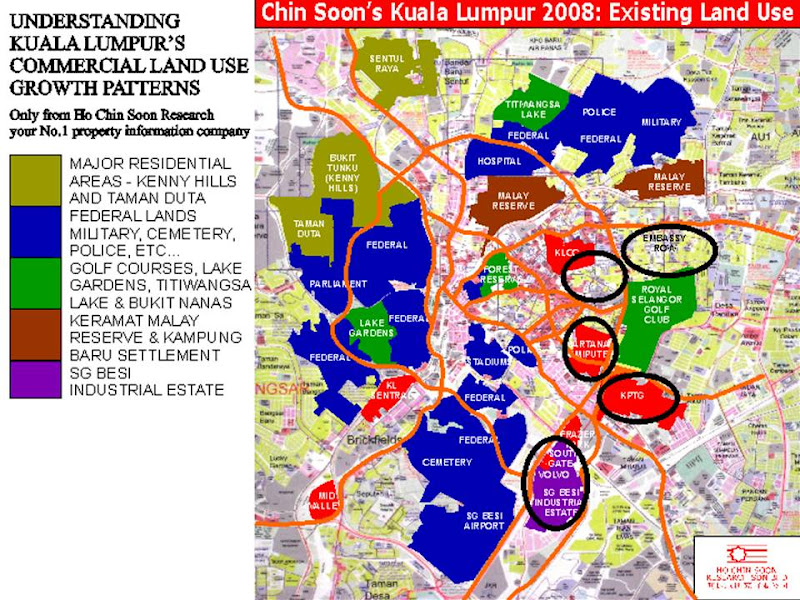 The maps are Ho Chin Soon's, see his excellent website at www.hochinsoon.com/