How can the Honeycomb Concept make Housing more Affordable?

In this last part of the book, we will look at specific designs that can address the problems of delivering low-cost, low-medium cost and affordable housing that almost all Malaysians can afford to own a house.


This is the median household income in Malaysia in 2014 by state. 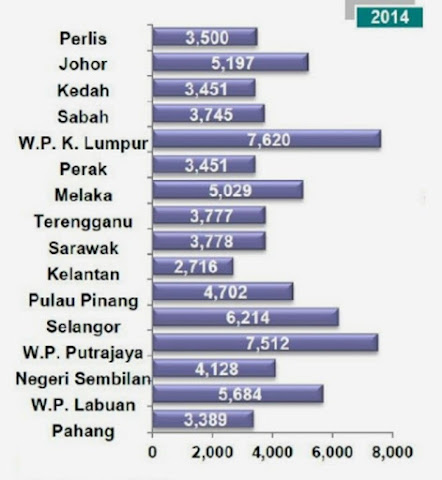 So, for example, the median monthly income in Kelantan is RM2716 in Kelantan, in Perak, RM3451, in Melaka is RM5029, in Selangor, RM6,214, in Kuala Lumpur, RM7,620. Affordability at 3 times annual income In Kelantan it is about RM98,000; in Perak RM125,000; in Melaka RM184,000; in Selangor RM224,000; in Kuala Lumpur RM274,00
The question is: what sort of housing can be developed that is within these affordability limits. The usual approach to this question is to look at conventional types of houses like terrace houses, low-rise and high-rise and to see how the construction cost of these housing units can be minimized for each type of housing. However, I believe that making housing more affordable is not all about price: quality can play a major role in reducing cost.
Let me explain.

Malaysians moved from kampongs to terrace houses when they migrated to towns: land in towns was too costly to allow people to build detached houses on their own piece of land. And when terrace houses become too expensive, they moved to low-rise walk-up flats, or if they could afford it, high-rise apartments. For many, living on the ground, on landed property, remains their dream. If they must give up this dream, it is with reluctance.


Looking at our southern neighbour, Singapore, moving people from kampongs or overcrowded shop-houses with over 100 persons living above a single shop, to modern high-rise flats was not easy. 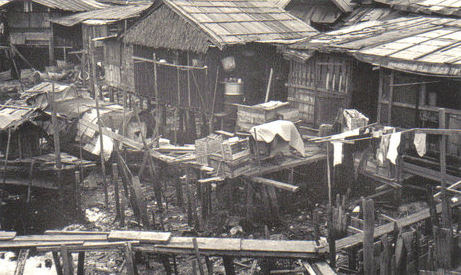 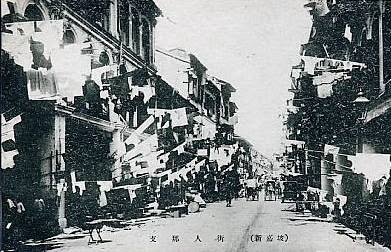 Lee Kuan Yew wrote “There were enormous problems when we resettled farmers and others from almost rent-free wooden squatter huts with no water, power or modern sanitation, and therefore no utility bills, into high-rise dwellings with all these amenities but also a monthly bill to pay. It was a wrenching experience…”

“For a long while many…walked up the stairs because they were afraid of lifts. There were people who continued to use kerosene lamps instead of electric bulbs.”

Malaysia’s experience was much more sanguine: the first big move was from kampong houses or squatter huts to terrace houses. The move was looked at as a step up – a desirable upgrade. However, as landed property becomes unaffordable, a move to apartments is seen as a step down.

Dato’ Alan Tong, pioneer of condominiums in Malaysia, has recounted how he had to add more and more facilities to his first condo – OG Heights – to attract buyers who were more used to landed property. Of course, as people got used to high-rise living, they learned to appreciate its advantages and adapted to the disadvantages. So now, condos in Malaysia can fetch prices as high as that of landed property. And in Singapore, the majority are happy and are proud of their HDB apartments.

SUBSTANTIALLY REDUCING THE COST OF HOUSING

The cost of land and construction are the two main components that determine housing price and affordability. In looking for solutions to reducing costs, many have looked to see how construction costs can be reduced and have recommended the development of efficient and standard designs so that housing can be mass produced. The adoption of industrialized building systems is also recommended to make the production of houses more factory production.

However, there are at least two limitations with this cost saving approach: the first is that the benefits of IBS and mass production is best achieved when there is a high degree of repetition. Housing demand on the other hand, like demand for most consumer products, favours variety. So, designing standard plans so that whole neighbourhoods comprise only a house-type to maximize repetition is catering for the convenience of the builder, not the interest of the buyer.

The second problem is that the savings in construction cost to be gained from mass production is limited. From the practical experience of many, including mine, it is possible to save money from the adoption of IBS, but the effect is just not large enough.

IBS is about the process of building and mainly relates to assembling the main structural elements. However, the structure and fabric of the house makes up just one portion of the cost of housing. Services and infrastructural also make up a substantial amount. Still another factor to consider in trying to substantially reduce is the cost of land other costs related to it.

Adopting IBS might speed up construction, reduce waste and result in better quality finishes, but realistically, the possible savings expressed as a percentage of total construction cost reduce is only about 5%.

It is also possible to consider the price of land as artificial and to reduce it by releasing government land at a subsidized rate or resort to compulsory land acquisition at below market price, but those actions are beyond the scope of this book.

The technical alternative to the high price of land is to introduce more intensive types of housing with higher density, so that the cost of each acre of land can be shared among more units. The advantage of this approach is that not only is there a saving in land cost but higher density housing can also mean lower infrastructure cost and building cost. To illustrate this point let’s look at a typical piece of suburban land that costs RM25 per square foot and the ball park figures for the cost of building and infrastructure.

Table 1: Typical costs of Land, Building and Infrastructure where land is RM25 per square foot.


Here I’ve listed the cost of land, building and infrastructure of a range of alternative affordable products – terrace house, cluster townhouse and 5-storey shop-apartment -  all with 1000sf net sellable floor area (NFA). There are large cost savings for land. There are also big cost differences between constructing a terrace house and a townhouse or a five-storey apartment or a shop-house! And then there are cost savings that accrue from reductions in infrastructural costs.

The reason for the savings in land cost is very simple – more units share the cost of each acre of land. Having more units packed into each acre also reduces infrastructure cost as the same or lower amount of road, drains, pipes and sewers serve more units. The terrace townhouse in which the ground floor and the first floor belong to different owners share more common walls, floors and roofs compared with the terrace house. In the apartment, there is an even higher percentage of common walls, floors and roofs.

Naturally, given a free choice and not taking price into consideration, people will choose the terrace house over the 5-storey apartment. As they would naturally prefer a bungalow to a terrace houses.

In the following chapters, there is a common theme. We look at a series of conventional house-types – from townhouses, shop-houses to five storey flats – and propose a new Honeycomb adaptation that makes them more attractive and desirable. Mainly, by providing homes with a private and shared garden, we make the homes as similar as possible to terrace houses.

In the next chapter, we look at Townhouses. This house-type, is one step down from terrace houses. In the conventional form, two-storey 24”x80” houses are divide into two – one unt upstairs and another one downstairs.

Following this, 5-storey walk-up flats. As building low-cost terrace houses became too expensive, developers looked to this house-type. If Alan Tong and the HDB provide the examples of how quality was successfully achieved in what were new forms of housing, the experience of low-cost walk-up apartments demonstrates the what happens when quality is lacking. We propose how to improve the quality of these apartments by adopting the Honeycomb idea.

In the chapter 19, we look at how the Shop-house can be adapted to answer the problem of the most difficult segment of the affordable home market: low-cost housing.