In the coming months, I hope to tell the story of the ideas behind the Nong Chik Honeycomb project, how these ideas developed, the stage they’re at now, and where I hope they can go. The ideas are simple –it starts with the observation that people are social beings with a natural affinity to living in small groups; in this respect, traditional societies like that found in villages and small towns were better than urban ones.

In the next few posts I will describe the details of Honeycomb housing as an alternative to terrace housing, so ubiquitous in my country. Conventional terrace housing have not been noted as being able to encourage a strong sense of community, and the Honeycomb housing is advocated as a better alternative, while at the same time using land more efficiently (by requiring fewer roads) and reducing the cost of infrastructure.
I will then introduce the reader to a branch of geometry called tessellation - up to now mainly used in the design of tiles to cover walls or floors - now used as a technique to plan the layout of neighbourhoods. 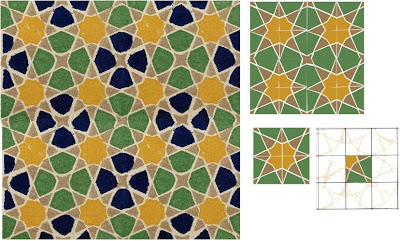 From tile layout design to the planning of neighbourhoods


This will be followed with demonstrations of how this technique is applied to design alternatives to other types of houses - the detached house, the semi-detached house, the zero-lot house, the cluster house, the (Malaysian) townhouse, the low rise walk-up apartment, the (Anglo Chinese) shop house, courtyard housing, and finally, the high rise apartment. 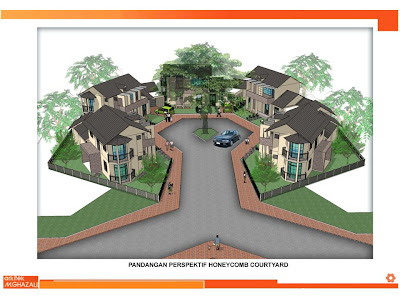 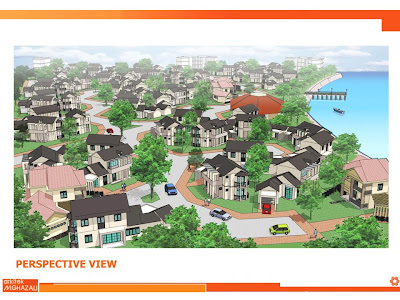 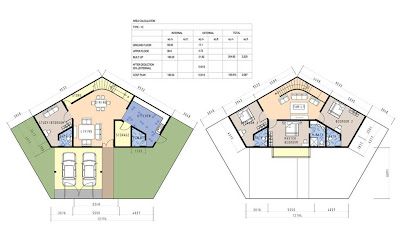 The triplex house; an alternative to the semi-detached house 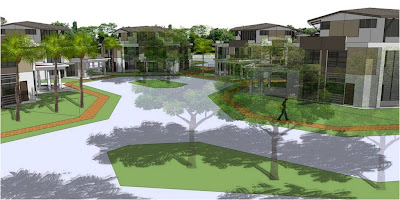 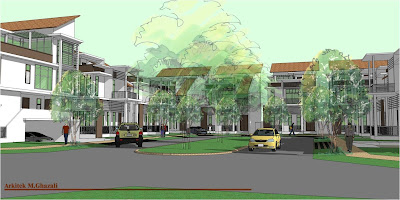 A Mosaic courtyard of zero-lot houses 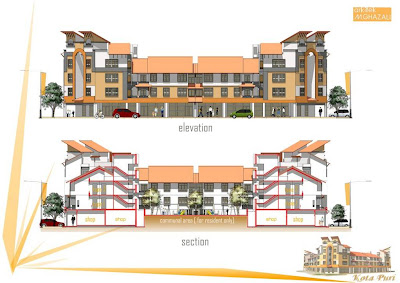 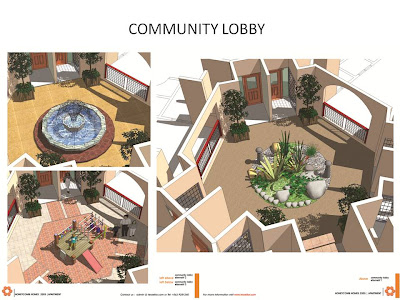 The lobby to the Honeycomb apartments 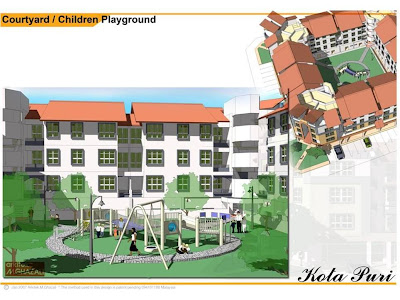 The internal courtyard of the Kotapuri shop houses

Section through the Kotapuri shop house


A cornerstone of the work I've been doing for more than 10 years now has been the constant effort to always arrange homes around small friendly courtyards: to group small numbers of homes around courtyards that are suitable for children's outdoor play, for social interaction between neighbours and for big trees to be planted, acting as a sort of semi-private space for the residents living around it.
But I also want to achieve all this without costing much more than more conventional types of houses.

The solutions developed thus far have included the layout of “Honeycomb” housing and “Squares” housing, and the courtyard version of shop apartments and low rise apartments, where individual apartments are arranged around lobbies and the apartment blocks circle an external courtyard. So there are designs based on the hexagonal grid, as seen at the hillside Honeycomb project shown in the last post; there will also be solutions based on the rectangular grid. 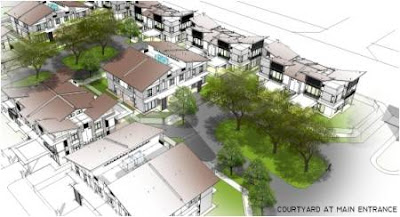 The Squares courtyard: a rectangular version of the Honeycomb layout

There will be layouts for small sites, and there will be proposals for big sites where it will be a challenge to overcome the negative side effects of trying to achieve the economies of scale – the problems of monotony and the way-finding (how to help people not get lost!). 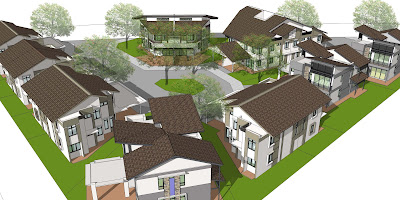 Fourteen houses on just under an acre of land 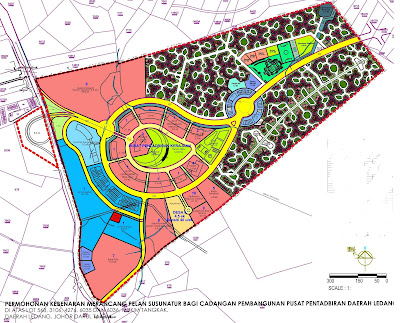 Do these alternatives work? Only a few of the new types of houses proposed have been built. In this blog, the reader is invited to come to evaluate the new designs and come to his or her own conclusion.
Posted by Mazlin Ghazali at 1:15 AM

Ref below -- if my gmail doesn't work I also have wayne_sonter@hotmail.com