I was mildly ill, but extremely busy this last 10 days. It's not a good start to this new series of blogs, but I I can start again now, and with a long post

A lot of the story happens in Malaysia, a middle income country where its population has come a long way from a mainly poor existence in the countryside to a modern urbanized one. A familiar trajectory (albeit compressed) to that experienced by developed countries in the West, and one that less developed countries might want to follow. They shouldn’t have to; they can copy its best parts, avoid the mistakes, and perhaps even leapfrog to the best and most advanced solutions.

So on to the next topic and the question of how to overcome the problem of providing housing for the poor:

Research
My starting point in research was in low cost housing. I had always been interested in ways to make it possible for the poor to own their own home. Research meant experimenting with designing new layouts, even when there was no client.
Most walk-up apartments in Malaysia can be described as slab blocks. In a paper written in 2000 I argued that the point block low rise apartment is not only more aesthetically pleasing and socially functional, it is also an economically viable alternative.
In the previous six years,  I had attempted to design low cost and low-medium cost housing that met the strict cost limits required by developers, the rules set by government authorities, and the same time achieve the aesthetic and social aims of my practice.
My firm approached this problem by designing and refining generic designs capable of being applied across the various sites, requirements and parameters of different projects.

Slab versus Point Blocks
In particular, we promoted the point-block low-rise apartment as a generic design which is superior to the ubiquitous slab block low rise apartment. 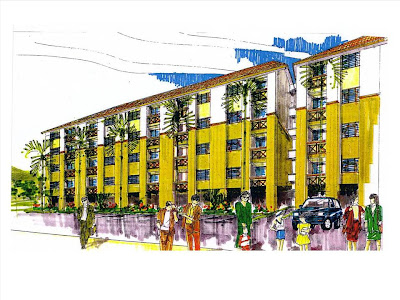 Figure 1: Perspective of a slab block 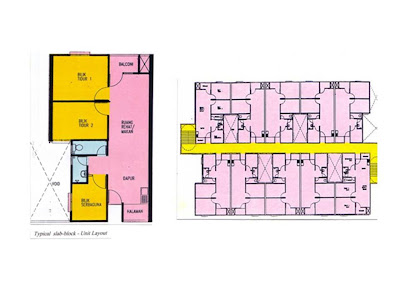 Against to the point-block, the slab block certainly looks cheaper. And therefore it is cheaper goes the implicit commonsense logic. I challenged that common sense conclusion.
I worked with the concept of compact point blocks that have only 4 to eight units that shave only a single staircase and access lobby on every floor, resulting in a minimal amount of circulation space. 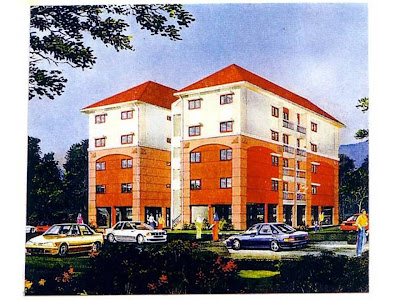 Figure 3: Perspective of  a point block 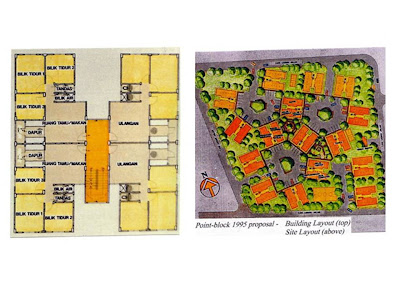 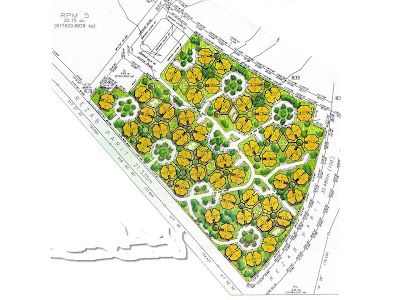 Density (units/acre)
Land is an important cost factor in housing. Commonly it is 10% - 20% of the total development cost of a mixed housing project. The accepted density for low-cost low rise apartments (in most States in Malaysia )is 60 units/acre. lt is not easy to achieve this density in an aesthetically pleasing and socially acceptable manner. You can maximise units for any given plot of land by using bigger blocks.  Right? Well, not always true.
It you have two similar round vessels of say 1 cubic meter capacity each and fill one vessel with large stones and the other vessel with small pebbles which vessel would contain more material? The vessel with the small pebbles will have more material. There would be less spaces between the pebbles compared with the bigger stones. In a similar manner, small blocks can fill up a site better than standard slab blocks. This tends to be true for big sites, especially sites with irregular shape. In the case of small sites, blocks designed to the shape of the land do better.

Space efficiency (net sellable area / gross area):
Small point blocks are more efficient compared to slab blocks. In particular the corridor is eliminated and the staircase and landing area is minimal. It is usual for point blocks to have 60% or less of corridor and staircase space per unit. It is not in typical for slab block with double loading corridors' to have 76sf (7sm) external circulation space per unit. Slab block with single loading corridors can have external circulation space 96sf (9sm) or more per unit. Architects sometimes think that the more units share staircases, the more cost effective the design, but the corridors that lead to the staircases also add cost. 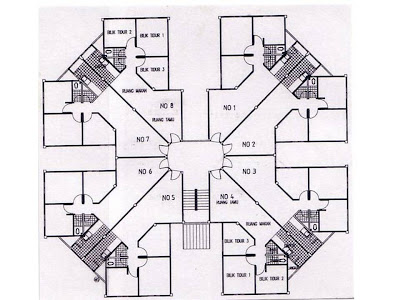 Internal layout efficiency
This is about maximising space usage in units. In the point block generic design, every unit is a corner unit. There is a cost penalty tor this - there is less shared walls between units and there is less shared beams and columns. However there is a benefit - less shared walls means more external walls, and with more external walls for light and ventilation it is easier to design efficient and functional rooms. In our point block designs we try to maximise usable space and minimise circulation space. In intermediate units of slab blocks, external wall is at a premium. Voids have to be cut out in the interior of the block to provide windows to receive what little light and ventilation these air wells can provide. Or else, the exterior elevations require deep indents to bring in light and ventilation to the middle areas. 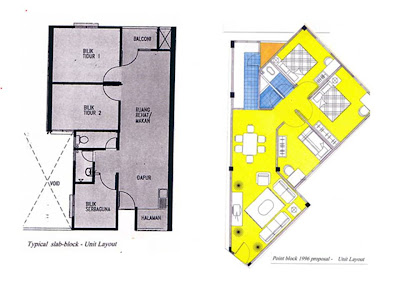 Figure 7: The floor plans of a slab block versus a point block apartment

The depth of the units, often long in relation to the width, results in long circulation spaces required to access the outer rooms. This layout also involves other substantial compromises in functional design. Firstly, entrances are invariably at the dining area near the kitchen. This is not functional but seems to be the accepted standard even for medium to high cost apartments. Secondly, there will be some bedrooms, the kitchen, drying yard and some toilets which will have to make do with light and ventilation from air wells. Thirdly, entering the apartment from where the kitchen and drying yard is situated creates the impression of entering a home from its backyard. Fourthly, bedrooms are difficult to cluster together in a private zone separate from the semiprivate living and dining areas.
We have found that with point -blocks that have square plan-forms and ample external walls, the abovementioned compromises can be overcome circulation space can be minimised. In fact corridors can be eliminated.

Block footprint
One of the reasons why the point block is able match the density of the slab block is its efficient footprint, There are no internal voids, and the generally we aim for shapes that fit well in a circle. But a small footprint has its own rewards. This has to do with earthworks and the building foundation. Blocks with small footprints require small earth platforms. Blocks with big footprints require larger earth, platforms. A series of small earth platforms generally involve less volume then a series of larger platforms cut out from the same original slope profile. From the same illustration it is also intuitively clear that easier to arrange point blocks to sit on cut ground than it is to arrange slab blocks to meet this same requirement. Having original ground to sit on rather than fill ground can save a lot in foundation costs. Of course slab blocks can be arranged along contours to minimise earthworks, though this limits the flexibility of the layout and is not effective where the land slope in two directions. Another possibility is to stagger the slab block down the slope, this requires retaining walls or stilts which again adds cost, and reduces standardisation. 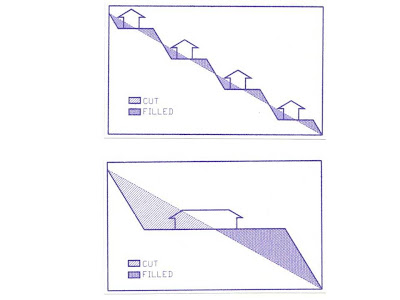 Figure 8: Point block versus a slab block on a slope 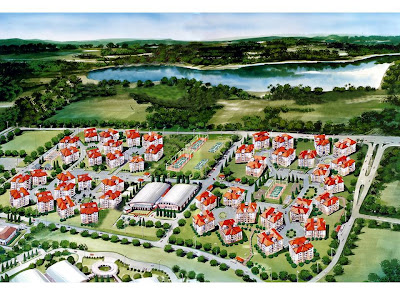 Figure 9: Bird's eye view of an apartment complex for 5000 students

Many variants of this house type got built including a student apartment complex in Batang Berjuntai, in Selangor, Malaysia. I should add that in the end, only a small percentage of the apartments that I got built were actually in the low cost category, which, I will explain later is no bad thing.

In the 1990's I had my first big break the Malaysian government embarked on an attempt to rekindle the low cost housing program which had stalled somewhat. I received a few large commissions, and this gave me my first research budget, and the prospect of having tens of thousands of these units built in the period of a few years. However, the East Asian financial crisis in 1998 resulted in many of these projects being shelved. This for me was a blessing in disguise. I now think that many of these schemes would have ended as slums.

I apologize of course for the inadequacy of my work, but I can say that it was all not my fault: I can share the blame with the social housing policy and the widely held views and common practice amongst architects and town planners.