Another speaker was Meghal Arya who presented the building designs for Ahmedabad's successful BRT System. 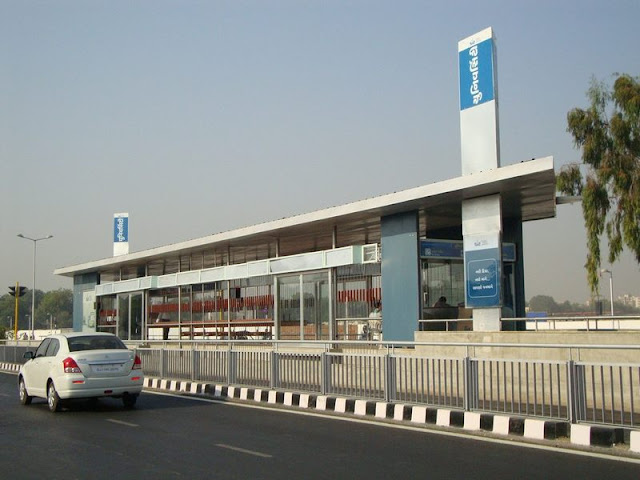 Unlike most minimalist designs adorning architectural magazines, this bus stop is not just a retro-modernist expression. Certainly not a couple of architects who whimsically decided that their design would be in a style that recalls the modernist era. 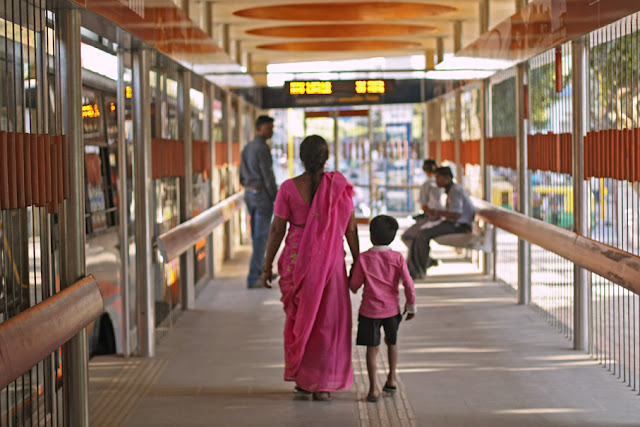 It's a design by Vijay and Meghal Arya, professors from CEPT University, where form follows function in the true spirit of modern architecture. 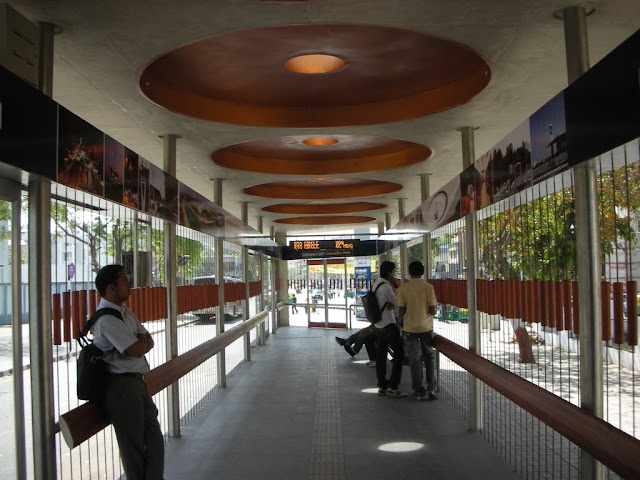 According to Prajna Rao

"The station consists of two bays in each direction servicing 200 to 5,000 passengers per day. Built at a height to match the floor of the buses, the station offers level boarding, making it easy for the elderly, children and the physically challenged. Tactile floor tiles also support use of the system by the visually impaired.

The floor and roof are finished with form concrete while tensile ropes and wooden cylinders form the wall-screen. The stations are thus open and airy, making it climatically suitable for Ahmedabad. It also brings down operational costs, reducing the need for fans and other mechanical ventilation devices. Seating is inbuilt and can accommodate 15 to 20 passengers at a time. In some parts of the city, the transit station extends to offer seating and landscaping for people to read, relax and mingle. Such activities around the station enlarge its scope from being a transit stop to an enlivened public space in the city." 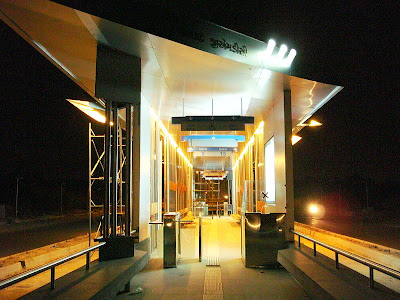 From Wikipedia
Posted by Mazlin Ghazali at 10:51 PM

The structure are spacious for breathing space for the visitors. The lighting are adequate and it seems the ventilation is also well taken care of.