Another highlight in the conference was the lecture by Frank Lyons that argued for "beauty" to be one of the defining characteristics of Sustainable Architecture. It was a persuasive argument, but not one easy to recall and report on. Lyons definition of beauty was not straightforward or narrow. he included in his idea of beauty were examples in nature, art, music and mathematics. You get beauty, he says, when a genius discovers unity in dissimilar patterns. 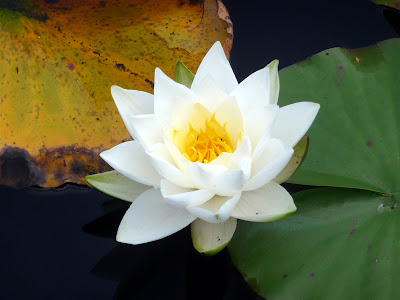 I don't have the text of his talk (yet), but here is a teaser - an essay I got from his website. I've put in italics the part where he touched on geometry. Very interesting...

We see ourselves as standing within the 'Tradition of the Modern Movement in Architecture', but that tradition has now reached a very pluralist phase and has several threads and branches. The position that we take is most closely aligned with the tradition that acknowledges what we would call the vulnerability of the human condition.

The potential ecological crisis that we face stands as a stark reminder of the huge
consequences of continuing to live within the reductive modernist worldview and this crisis,
in a very overt sense, marks our vulnerability. The role that architecture can play within the ecological debate is significant and there are many now addressing these issues in architecture, including ourselves at Humane Architecture. However we would like to examine the idea of vulnerability more thoroughly, hence we would like to introduce five related and overlapping ideas that define what we mean by vulnerability in architecture.

Ordinariness
As a concept ordinariness is difficult to talk about as it is so obvious that it is sometimes difficult to see it, rather like trying to look at your own eye. It is about accepting life as we find it, and working with it. If we can get inside Louis Kahn's idea that we should 'let a building be what it wants to be', then we are getting close to this idea of ordinariness. It is of course to do with function and use, but also to do with listening to the context and site and seeking reciprocity between the two sets of conditions. Though being ordinary may sound boring, when well considered, it is actually the most fruitful architecture because it is rooted in the ground of reality. If contemporary architecture is to remain vital, it must avoid the need to be different for differences sake and grow from the ordinariness of human
need.

By way of example we can cite the work of Van Gogh, who dedicated his life to celebrating the ordinariness of peasant workers. His work displays great compassion for the workers, but almost imperceptibly it also shows similar respect and care for the objects that they use and wear. This can be a great lesson for us, because the table and cupboard are not too far removed from our own discipline, and perhaps Van Gogh's love and care for these artefacts shows us a way into architecture. The 'Arts and Crafts' movement in England was contemporary with Van Gogh's work on the continent, and similarly shows us a way of caring for the ordinary well crafted object, such that the ordinary in some instances becomes extra-ordinary. Although this sounds easy, it seems to us that accepting the ordinary is sometimes difficult for us, because in a certain sense to accept the ordinary reveals part of our vulnerability.

Good Gestalt and Geometry
Vulnerability can also be displayed in the architectural forms we choose. Certain
architectural languages have a very masculine quality and can be very assertive and
unforgiving. They speak of certainty, sometimes even of indifference and unconcern. The Cartesian grid has been one of the dominant symbols of the modern era. The very character of the grid is one that fixes and controls the terrain that it covers, giving no hint of the vulnerability of the human condition. As a concept it is also infinite, extending potentially to the horizons in each direction and to the heavens vertically. Such geometries speak of an ideal and unobtainable world and the geometry itself speaks of only perfect form.

Geometries are of course comfortable to work with, in that they lend themselves to the coherent organised wholes. In the early decades of the twentieth century a group of perceptual psychologists working in Austria and southern Germany identified a perceptual phenomenon which they called "Good Gestalt". Their work helped us to realise that a grid does not need to be perfectly regular to have organising power, objects do not have to be identical to set up relationships with each other, a form does not have to be perfectly circular to generate the gathering function of a circle, nor does it even need to be complete,and a line does not have to be straight to create a coherent link between two objects or places. Good Gestalt therefore includes the forms of pure geometry, but they also include the more relaxed forms that we find in nature, and in our view give us a way of expressing more easily the vulnerability of the human condition

Being Centred: Endings and Beginnings
This third point is about being precisely where you are. It is related to the concept of ordinariness discussed earlier in that it is about accepting the given circumstance. It is about having a place and being centred there. It is not therefore only about describing that centre but also the thresholds between that centre and the surrounding environs. Those thresholds mark the beginnings and endings to a scheme and thus locate it in its context.
Such a position contrasts with the endless Cartesian Grid discussed earlier that conceptually promotes buildings that are like extrusions extending conceptually forever.

Experiential and Sensual Architecture
The fourth aspect of what we are calling a vulnerable architecture is concerned with the acceptance and celebration of the experiential and sensual dimension of architecture. It is the materiality of the building that defines the building's character and mood, and accepting its materiality grounds the building in reality. This position stands in contradistinction to architecture that remains almost totally within the conceptual realm, in which surfaces are conceptual planes defined for their cerebral qualities, rather than in terms of the materials that comprise them. Celebrating the sensual dimension of architecture brings the building towards the user, calling on them to use all their senses and not just the sense of sight that has so dominated recent decades.

Human Error and Human Perfection
In one sense as humans we must be perfect in that we are part of the created world. Having said that, if we are perfect, part of that perfection is our ability to err. These may sound contradictory; however the human being simply needs error to function perfectly. In this sense we are not very different from the rest of the natural world. Nature reveals constant variety and variability within an ordered framework.

In the natural world and within humanity we do not find perfectly replicable components, so in what way does such a component based architecture represent the human condition? In giving expression to the human condition in our work as architects it seems to us that it is important to try to symbolise this contradictory condition. What we have seen in the examples already cited is that some of the dominant trends in the modern movement have focussed on symbolising only half of that polarity. The perfect grid, the tower block, perfect geometries and perfect conceptual surfaces seem to seek to represent what could be called the masculine side of humanity which clings to the rational, tidy and reductive aspects of the human condition.

Although we agree with and wish to celebrate those qualities, it seems important that the softer, more feminine, less certain, intuitive and the more feeling side of humanity be represented too. We believe that to truly represent humanity we have to simultaneously symbolise these two dimensions of our collective personality. In other words we have to try to symbolise the contradiction and that we believe calls for us as architects to accept our vulnerability.

Vulnerability in Architecture
So in summary it could be argued that accepting our vulnerability is good for our general health? To be vulnerable means that one may be wounded, it means that we are willing to reveal our weak spots our soft underbelly or our Achilles heel. These qualities do not seem to belong to the strong architecture of Modernity, but they certainly are part of our humanity. It is our belief at ‘Humane Architecture’ that the modern world generally
speaking denies us the right to be vulnerable, and in making this denial limits and diminishes our humanity. The strong architecture of modernism has and to some extent continues to be dominant in our cities, which increasingly feels uncomfortable for many people. So long as we cannot be weak, we cannot be completely ourselves, we cannot be whole and
healthy, we cannot be completely loved and we consequently cannot be fully human. So in our view there is a need to create a more humane architecture that seeks to reconcile the strong and the weak, the masculine and the feminine, the arrogant and the vulnerable, in order to create an architecture that includes the wounded dimensions of ourselves and to thus represent in our architecture the full dignity of the human condition as we enter the
twenty first century.

Posted by Mazlin Ghazali at 2:24 AM