Prospects for property in Malaysia

I love maps, but there is another Malaysian who loves them even more. That person is Ho Chin Soon. A valuer by profession, he has made maps his business. But more of that in a later post.

In March , I had the chance tom see him speak at a property exhibition in the Mid Valley Mall in Kuala Lumpur. He talked about the prospect for property market in Malaysia during this global recession. 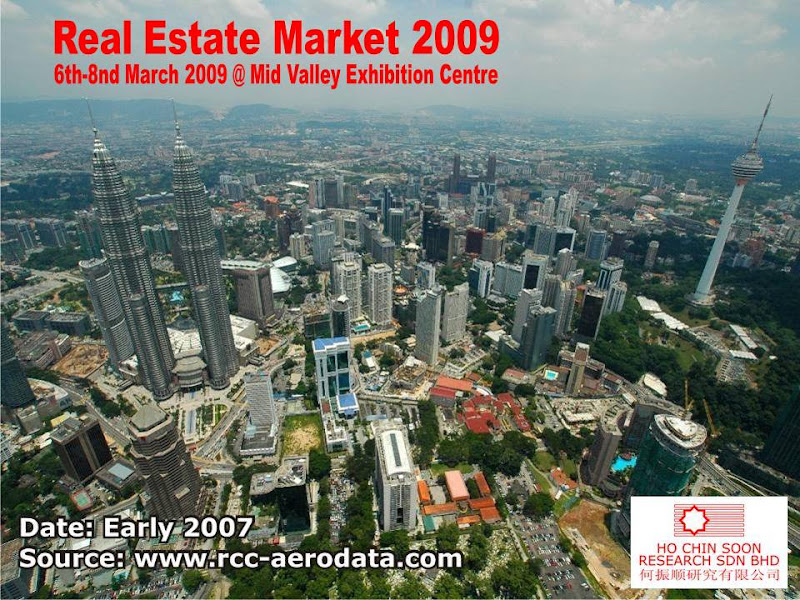 His message was very simple:

Yes, times are bad in the States with the financial crisis. There is usually a six month delay between happens in the real economy in the US and Malaysia. Seeing that a large part of the crisis in the States has stemmed from a property bubble, how will Malaysia be affected?

In his opinion, the property in Malaysia has been largely flat since the last recession in 1998.He suggests that the local events in the past couple of years had kept down the values of stocks and properties, whilst Singapore and many other countries enjoyed a boom. 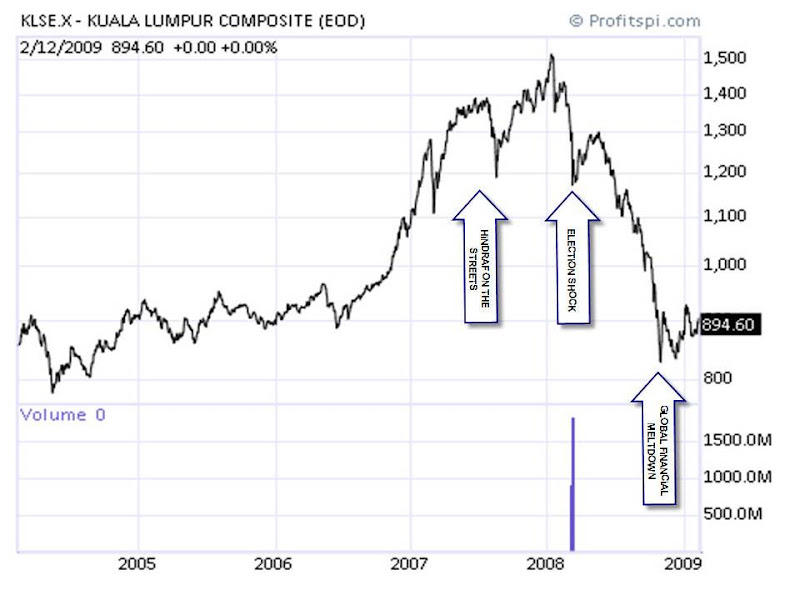 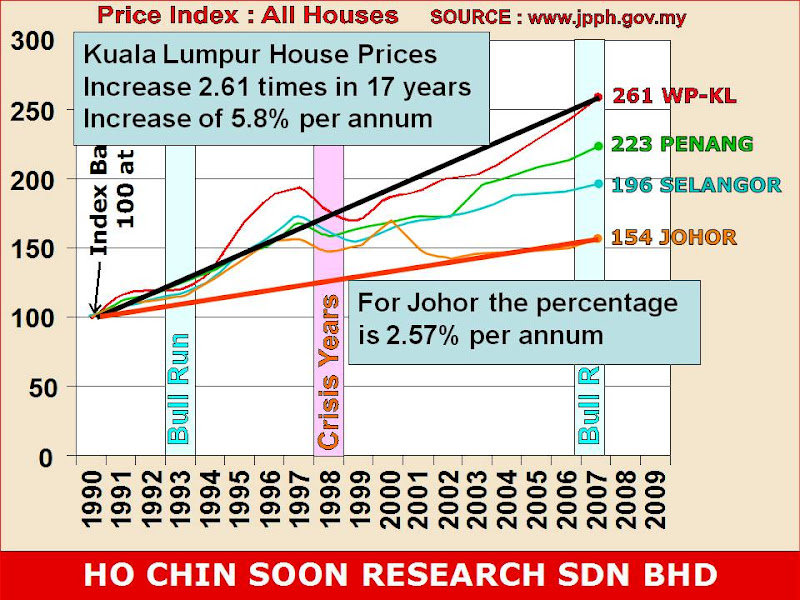 He pointedly drew contrast the large rises in the rents and prices of properties in Singapore in the last decade and the measly increases here.

There are exceptions of course, and the development around KLCC is one. There is at least least one project where work has been deferred indefinitely. 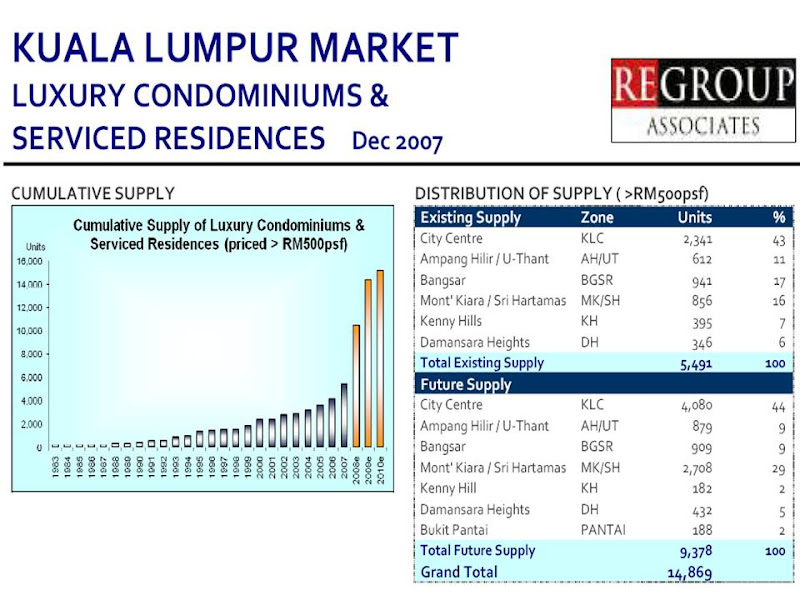 “No bubble here” is his conclusion. That is not to say that we are immune to financial stress; certainly the reduction in export incomes will affect the economy. The level of bank’s non-performing loans has not shown a substantial increase. Nor has he noticed an increase in properties for auction. Both these things will take time to work through the system. Prices will fall, but not as much as has fallen in Singapore.

Meanwhile, the main bargains to be had are those on offer from big developers who are keen to unload their unsold properties. 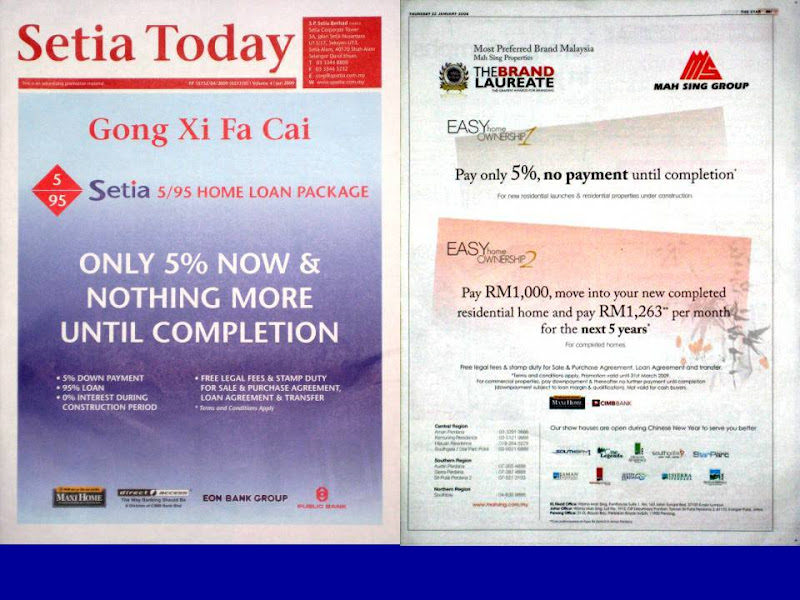 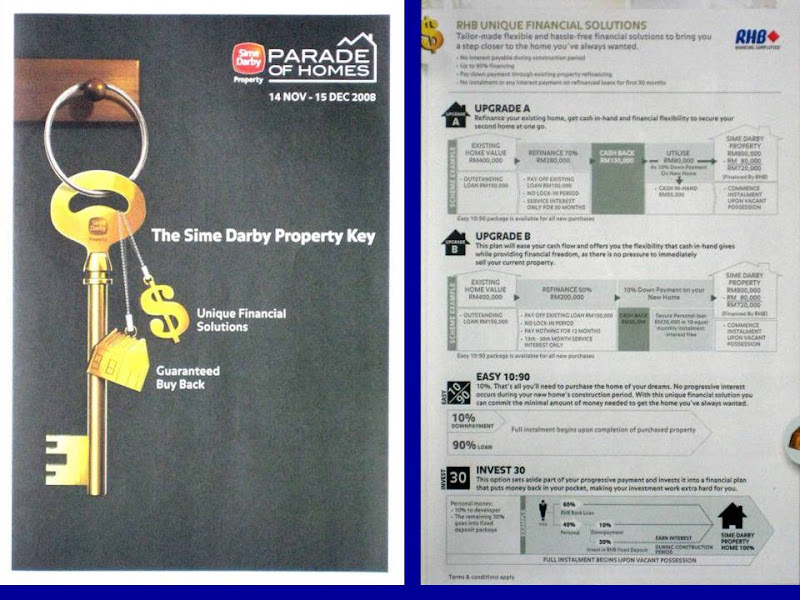 Posted by Mazlin Ghazali at 7:45 PM