4 Reducing the Cost of Land

A key reason why the developer of Nong Chik Heights agreed to experiment with Honeycomb housing was that we were able to convince him that our proposal was not only better in terms of quality, but that it was also cost-effective. In this chapter, we will address the issue of cost.

The housing layout has also become stereotyped. In the typical estate, the terrace houses are lined up along grid-lines with 40’ service roads in front and much narrower back lanes and side lanes.

Apart from the aesthetic boredom of rows and rows of houses, among the drawbacks of the terrace house layout is the lack of public security and any genuine sense of community. With the rising price of land in urban areas, many people are resigned to apartments. The terrace house, for all its drawbacks, has been elevated to the status of a dream home.

In “Honeycomb Housing”, instead of rows of terrace houses, we are proposing that every house is in a cul-de-sac with a garden in the middle where giant shady trees will be planted. The courtyard in the middle of the houses is not just a street for transit: it is a place safe enough from speeding cars and strangers, for even pre-schoolers to play on.

Our aim is to recreate the best elements of kampong and small-town life: where children can play outside our homes with friends without fear from crime and traffic, in a community where people know and talk to each other. We are trying to create a more suitable environment for the “kampong boy of the future” – something better than our existing terrace houses. And honeycomb housing can deliver all the benefits of the cul-de-sac housing environment.

For all the benefits that Honeycomb housing may have over conventional terrace houses, it would be less likely to be adopted if the new layout was more expensive and less affordable.

We will first deal with the issue of land-use here. The following chapter will address the issue of infrastructural cost.

A honeycomb neighbourhood comprising 5 units of quadriplexes and duplexes is compared with a terrace house arrangement of an equivalent 5 units. Although the land size of the houses is the same, when we analyze the breakdown of land-use, we find that the area used up for roads (yellow) in the honeycomb layout is much less than that in the terrace house layout. Because we have made the green area to be of the same size, therefore there is more saleable land.

We then compared a Honeycomb neighbourhood comprising 16 units of quadriplexes and duplexes against a terrace house arrangement of an equivalent 16 units. It is demonstrated in the table shown that the honeycomb layout is more land-use efficient.

A similar exercise comparing 2 and 8 detached houses laid out in rows against the same numbers of equivalent Honeycomb houses comes to the same conclusion.

We then made a comparison between a Honeycomb layout comprising 258 three-bedroom low-medium cost double-storey houses of 1200sf (114.5sm) built-up area on 15.6 acres (6.3 ha) of land, and that a terrace-house layout consisting of 288 equivalent three-bedroom low-medium cost double-storey houses of also 1200sf (114.5sm) with 18’ (5.4m) frontage on 21.7 acres (8.8ha). Both layouts are theoretically efficient with the land size and shape suited to the requirements of the rectilinear and honeycomb geometry. The size of land and number of units are not exactly the same, but this is acceptable because we are interested in the ratios.


We find here that Honeycomb housing produces greatly increased land-use efficiencies. These advantages are summarized in the mathematical table comparing the terrace housing against quadruplex / sextuplex Honeycomb housing. The density is the same but the amount of road for the Honeycomb is only 33% against 47% for the terrace. Consequently, the average size of each lot is 30% larger!

In this example, there is the same number of units. The green areas and provisions for amenities are about the same. The terrace alternative yields only about 40% sellable residential land. This yield is quite common for any landed property development. However, the honeycomb layout can yield about 56% saleable land. The reason for this can be seen in the reduction in road reserve – from 38% to 23%.

Another example, for a project in Sungai Lunchoo, Plentong in Johor Bahru, shows again how the ‘honeycomb’ layout reduces the amount of road and improves the ratio of saleable land.


WHY IS THE HONEYCOMB LAYOUT EFFICIENT?

First of all, the back-lane in the terrace house situation is wasteful – this feature is totally eliminated in honeycomb housing.

Secondly, we can reduce the amount of circulation space in a through road by cutting it off at the end. The final length is replaced by paved area designed for turning.


Given a fixed area and number of houses to access, the shorter the cul-de-sac, the less the area taken up by the road. A square cul-de-sac neighbourhood has less road area than a long rectangular one. A circular one by itself would be the most efficient. However, as shown below the circle does not tessellate.

However, hexagonal neighbourhoods interlock without gap or overlap.

The third consideration is the length of the distribution roads that encircle a precinct. The perimeter of a hexagonal precinct is 7% shorter than the perimeter of a square one of the same area. 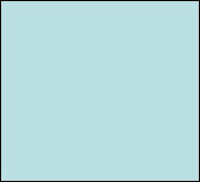 Continue to next Post
Posted by Mazlin Ghazali at 2:30 AM