The terrace house also lends itself to batch construction methods to build large numbers of housing more cheaply. It has also proved itself to be a desirable upgrade from traditional kampong houses. These advantages have made the terrace houses the most common form of housing in Malaysia.

However, the ubiquitous terrace house plan has been designed and re-designed many times, always within the same restrictive framework without much scope for innovation. The layout also has become stereotyped. In the typical housing estate, the terrace houses are lined up along grid-lines with 40’ service roads in front with much smaller back lanes and side lanes. Communal areas for schools, civic and religions building as well as open areas for children playgrounds and parks are also provided. Despite the infrastructure provided, the design of many housing estates does really meet the practical needs of the average resident. Apart from the aesthetic boredom of rows and rows of houses, among the drawbacks of the terrace house layout is the lack of public security and a genuine sense of community. However, terrace house neighbourhoods have been criticised as being monotonous and hot concrete jungle, lacking a real sense of community. 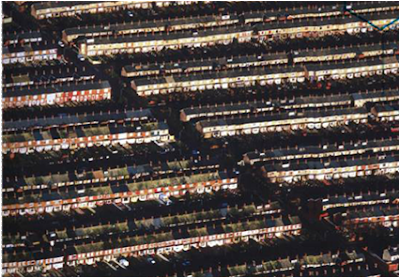 
Having previously looked at how to design better walk up low cost flats, I started thinking about how to design a better version of what had become the most common type of house in Malaysia.
Posted by Mazlin Ghazali at 2:51 PM

Great informative site. I'm really impressed after reading this blog post. I really appreciate the time and effort you spend to share this with us! I do hope to read more updates soon.
RES