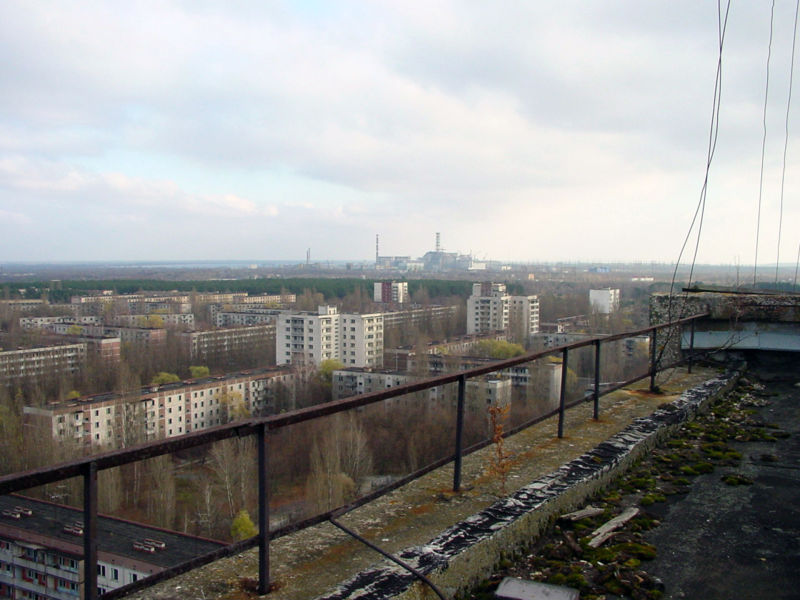 The Chernobyl nuclear reactor disaster of April, 1986 happened towards the end of the Soviet era. You could see the power plant from one roof of one of its apartments. It is now a ghost town that will take centuries to become safe again.

Nuclear energy holds so much potential that many people now see it as essential for the world's future. I think that they are probably right, but sometimes, things go terribly wrong...

I personally visited the Chernobyl area for two days in June 2006 with a friend and former resident of Pripyat. We toured the Chernobyl Plant (including the Reactor 4 control room), several of the abandoned villages, and Pripyat. I have posted a photo journal of my trip titled at:

My Journey to Chernobyl: 20 Years After the Disaster

We are going to link both of your articles. Svet wants to thank you for very good articles and links.

Svet remembers the tragedy well! I remember the American side of it, but it was much different than we knew in America.

I will be doing an article on the Windows to Russia: CCCP Blog.

I went to Chernobyl and Pripyat in October 2009 and got a few more pics as well. The links to my review, and pics are :